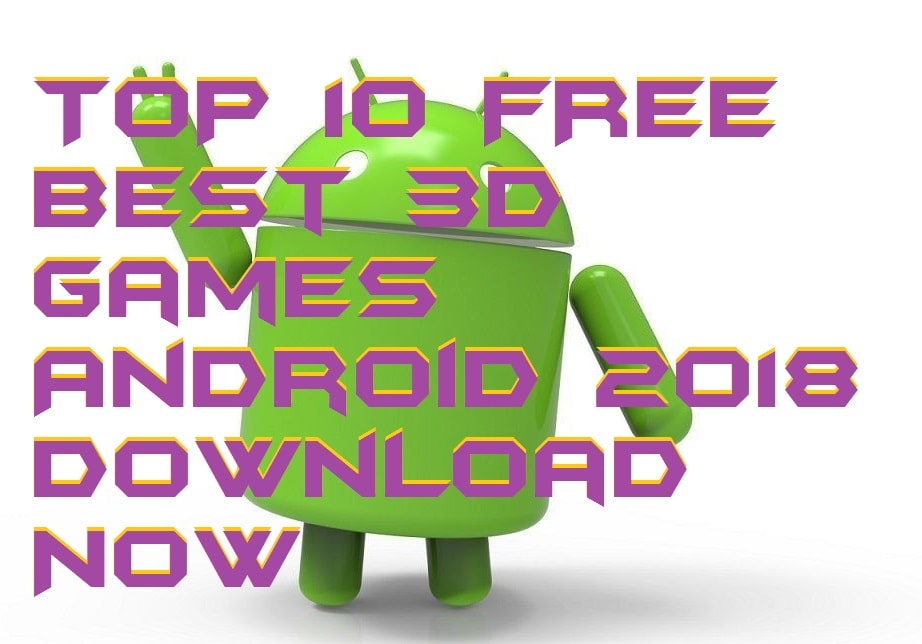 All these are free best 3d games Android device. You can download these 3D Android games on your device. These games have interesting 3 animation which makes your game look real. You can enjoy the great graphics with 3D experience on your Android device. Since the advent of mobile gaming in the early 2000s, it has undergone a vast improvement over the years. While once our options were limited to angry birds, solitaire, and bouncing balls. Now we have a whole plethora of 3D games. A significant number of 3D games are being released every year into the market, but only a few of them are entirely worth your time. And today, let me list you out the 10 best 3D android games.

Now, this is a name that needs no introduction. Of course, when I say the name “Game of Thrones,” I mean about the uber-popular TV series with dragons, warriors, magic and all that. But, take it from Telltale on how to make an epic TV series and convert it into a similarly epic android game. Game of Thrones is a story-based offering from the marvelous Telltale Games, and they don’t disappoint. You play with real GoT characters in this 6 episode game and find your way out of the fiery situation this game throws you to and win.

Dungeon Hunter 5 is the fifth installment in the popular Dungeon Hunter franchise by Gameloft. You play as a bounty hunter in an age of darkness and fight epic combats against bandits, monsters, and much more terrifying creatures. You can both be a hero and battle for good, or you can be a mercenary and fight for gold; the choice is yours! If you love fantasy elements and epic feel in a game, Dungeon Hunter 5 is the best 3d Games Android.

Here is something for you if you love or just want to shoot zombies. Dead Trigger 2 is the spectacularly gory sequel to the Dead Trigger and is an FPS shooting game where you shoot Zombies; an endless horde of them. The game lets you choose from a terrifying range of arsenals you can use to shoot the undead mercilessly. The game keeps on updating regularly bringing in new features and scenarios every time enhancing your in-game experience and the fun factor.

Last year, Telltale launched its own Batman game saga and provided us with its unique take on Batman story. This year, they went one step further and out-did themselves with the spectacular Batman: The Enemy Within, the second part in the series. The best part of this game is that you play as both Bruce Wayne and the Batman and your choices define how the story is going to go forward. It’s like writing your own Batman movie script. To all the comic fans out there, play it immediately.

A Gameloft offering, Blitz Brigade is another outstanding FPS shooting game with a cartoonish and funny touch. This game sends you to an alternate history where the sensible military leaders were the warring parties of Axis and Allies. To avoid a world war and instead decide to just pick up the most significant and most trigger-happy soldiers from both sides. To have a team shootout in arenas full of guns, tanks, bombs and everything which sounds BOOM!

From the masters behind all the legendary EA games (Cricket 2007, FIFA series and lots more), Real Racing is another ultra-popular and award-winning sports 3D game franchise. And its latest offering Real Racing 3 does complete justice in honoring the name of its predecessors. The game contains over 39 licensed circuits across 17 locations with a 43-car grid and over 140 meticulously detailed cars\. If you love adrenaline-pumping races, Real Racing 3 is a must-have on your list.

Taking the next spot on our list is another FPS 3D game this time in a traditional setup and background. In Bullet Force, you play along with your friends in a spectacular and blood gushing 20-player battles with an array of real iconic weapons. The game contains over 20 weapons with 30 gun camouflages and multiple optics, laser sights, barrel attachments and what not.

This one is for the comic buffs out there. If you like Marvel and its superheroes, you’ll love this game. After all, it pits all your famous Marvel heroes and villains against each other in a showdown with only one coming out victorious. All you have to do is gather a team of your favorite Marvel characters like Spiderman, Wolverine, and Ironman and battle it out to become the ultimate Marvel champion.

3D Pool Ball is another excellent and authentic feeling 3D sports game for your Android device and provides you with an exhilaration real pool playing experience. It provides you with a 3D view of an actual pool game unlike other games like this available out there. The game runs in a story mode where you start from scratch to build your legacy as a master pool player while you compete with other (real) pool pros from around the world. You can also compete in tournaments and earn trophies for your showcase.