2019 will witness a multitude of innovations. The impact has already been seen in and as cloud-based collaboration and development of robots, wearable technology, artificial intelligence, pollution-eating buildings and more artificial intelligence. More developments are going to improve the sector and shape the way construction will make humans live on Earth in future. 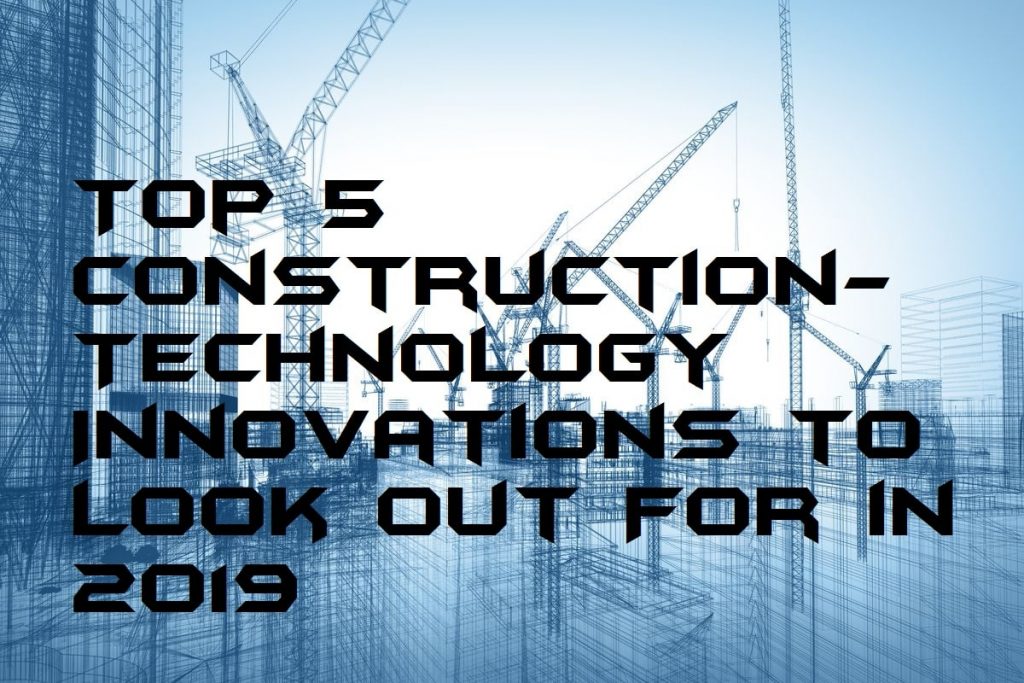 There are five most innovative technologies you must watch out in 2019:

Although virtual reality has been the emerging trend for some years now, it has become slightly outdated with the introduction of augmented reality uses and benefits. It is the capability of envisioning the real world through a camera lens. New possibilities will come to the fore though it will be pricey. The companies who start using them now will experience the revolution in building things. It is expected to grow higher and higher with each passing year. It will replace the safety goggles as people will start planning/plotting sites.

In 2019, many people are expecting to see self-healing concrete on the roads, homes and buildings. As concrete is widely produced and consumed in the construction industry, a lot of people will be using 5 billion metric tons every year. The urban boom is fueling this in India and China. The United States is already making 8% of the global emissions in the area. This number will rise in future. The best construction estimating and bidding software will have to include its cost in future.

Several construction sites are relying on using drones. The main advantage is that it saves a lot of time. For example, an entire site can be surveyed in a few minutes in comparison to the past when it took several weeks or months. Construction companies too save a lot of money. The drone technology is developing fast, and its accuracy and precision of the readings are getting better. Human involvement is coming down. Initially, the companies were hesitant in using drones but now more, and more companies are opening up to it.

Sounds interesting! The discovery of robots that can collect complicated structures quickly and with greater ease than humans is the future of the construction industry. The machines look like huge robotic arms of vehicle manufacturing. They follow programmed algorithms to cut wood and place it correctly for completing sophisticated structures. The only place humans are involved is when securing it with nuts and bolts is required. It is just one aspect of robotics. The development taking place in this field is worth paying attention in future.

Autonomous vehicles are part of robotics

The autonomous cars have been doing the rounds in the consumer arena, but now they are set to make strides in the construction industry. This close connection with repetitive tasks can boost productivity while creating a safer work environment to help the industry address shortfall in labor.

Connected job site makes use of the cloud technology to create information regarding every aspect of the operation that is available to all the relevant parties irrespective of the position – on-site or somewhere else. It places the design information streaming out from a single point into the palms of the workers via geo-location, personnel location tracking, remote site monitoring, live markups and easy transfer of as-built information. This kind of connected job sites improves the connection, safety and productivity of everyone who is involved.

The infrastructure development worldwide will push for more and more creation of innovative technology. Watch out, until then let these make a slow sweep into the competitive world of construction.