Hello friends, Today we will discuss about Google Stadia advantages and disadvantages. We will analyze the bases of Pricing, Comfortability, Easy to use, Bandwidth and much more. You can check all the pros and cons of Google stadia. 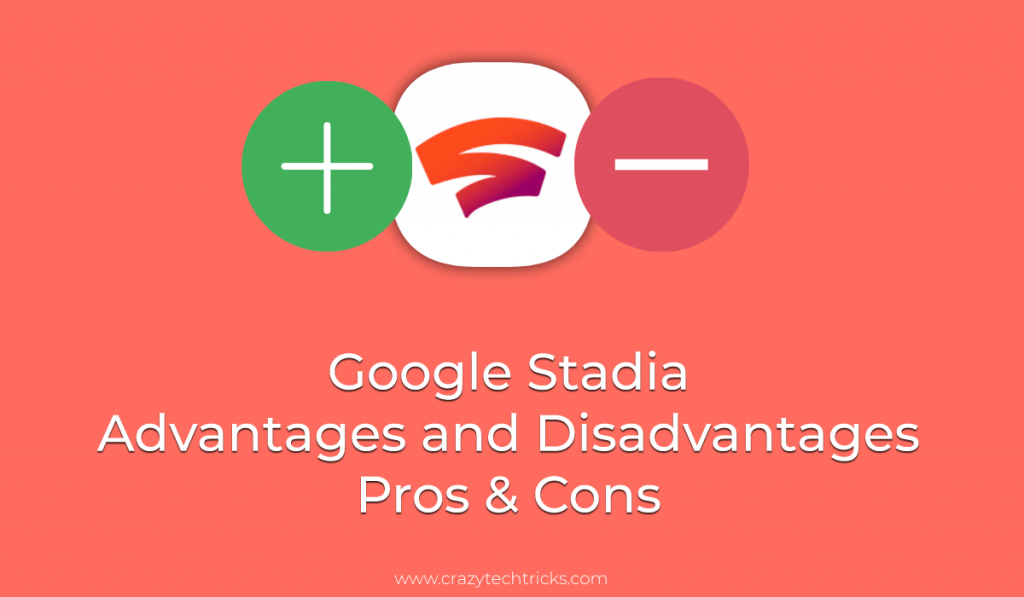 Google released its new service called Stadia, which is a cloud-based gaming service. Google released it on 19 November 2019. Users can stream the video games up to 4K resolution. It is very cheap rated, and you can play games through this service on any device once you have paid for it. Currently, it is available in limited countries. These countries are the United States, Canada, UK, Ireland, France, Germany, Italy, Spain, Netherlands, Belgium, Denmark, Sweden, Norway, and Finland. But, before you buy it and pay your precious money for it. Make sure you read this entire article and check the advantages and disadvantages of Google Stadia.

Read more: How to Find and Add Friends on Google Stadia

Read more: How to Change Username and Avatar in Google Stadia