Hello friends, Today I will share a method on how to Record Gameplay on PC. Users can use the inbuilt option in Windows and record HD quality screen recording. I have also shared several apps and softwares to screen record and upload your Gameplay directly to YouTube, Twitch or any other platform. 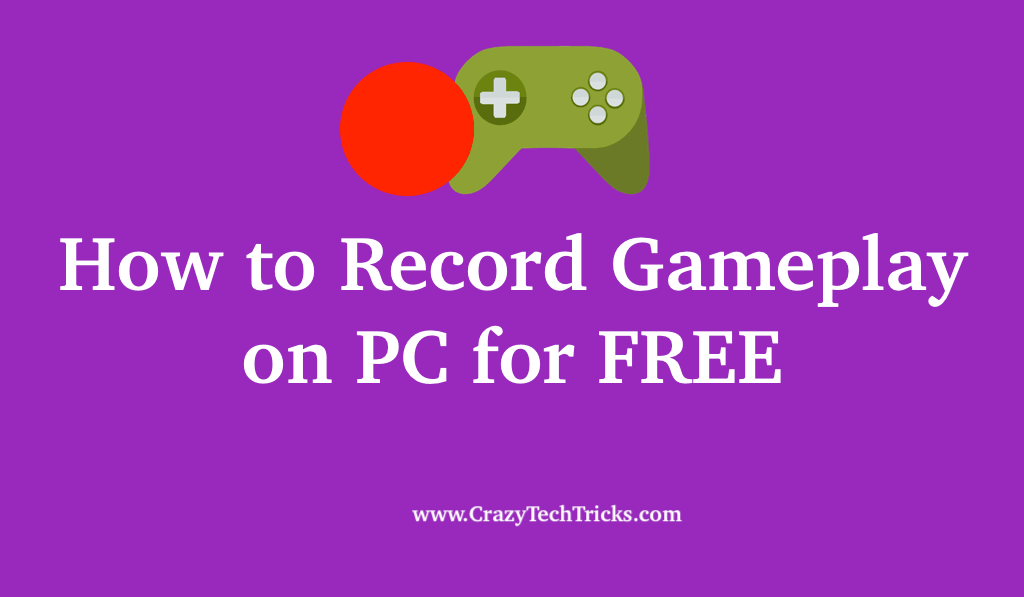 Streaming and recording gameplay is one trend that everyone is looking forward to and is following. Recording gameplay and streaming on different platforms such as YouTube and Twitch has evolved over time and has become a full-time job for many individuals. In the last 10 years, the PC gaming industry has flourished and has provided the platform for growth as a consumer. More and more people can record gameplay on PC and then upload it on different platforms.

Read more: How to Screen Record on Android

How to Record Gameplay on PC using the Game Bar

Windows 10 includes the facility of “Game Bar.” It is a built-in facility that provides screen recording function. The Game DVR function under the Xbox application provides the Game Bar that can be used to record games. You can easily access the Game Bar by pressing the button “Windows Key” + “G.” Open up a game and then press the combination of “Windows Key” + “G” to open the Game Bar. If you are not able to see the “Game Bar” then change the setting of your game and open it in a “windowed screen”.

After you open the “Game Bar”, you would have five different options present on the game bar. From right to left, you have: Settings menu option, Recording option, screenshot option, background recording option and Xbox application option. Now, follow the steps to record gameplay on PC using Game Bar.

You can use this process to record gameplay on PC successfully. If you want to hide the timer from the screen use the shortcut “Windows Key” + “Alt Key” + “T”.

Must Read: How To Watch NFL Games Without Cable TV

How to Record Gameplay on PC using Software

This is undoubtedly the most popular and widely used software that is used to record gameplay. It is widely used by the streamers on Twitch and YouTube while streaming. It provides additional add-ons on the screen that you can use while recording or streaming.

Now, you will be having an icon on the Desktop which you can use to run OBS. To learn how you can operate OBS properly, we suggest you to go through the official OBS guide. Learn how you can setup OBS and then you can easily record gameplay on PC.

Although OBS serves as a really good recording and streaming, when it comes to preference, many users use another software. We are attaching a list of other software that you can use to record gameplay on PC.

Use this recording software as they also possess a good quality screen recording quality and provide really easy to use interfaces.

Read more: How to Play Android Games on PC

Streaming and recording gameplay is the new hype around the online entertainment industry and is growing at a promising rate. This article covers how you can record gameplay on PC using the Game Bar and also through software. Additional software are also noted which can be used to record gameplay on PC. Users can even use these apps or software to live stream on YouTube to twitch.