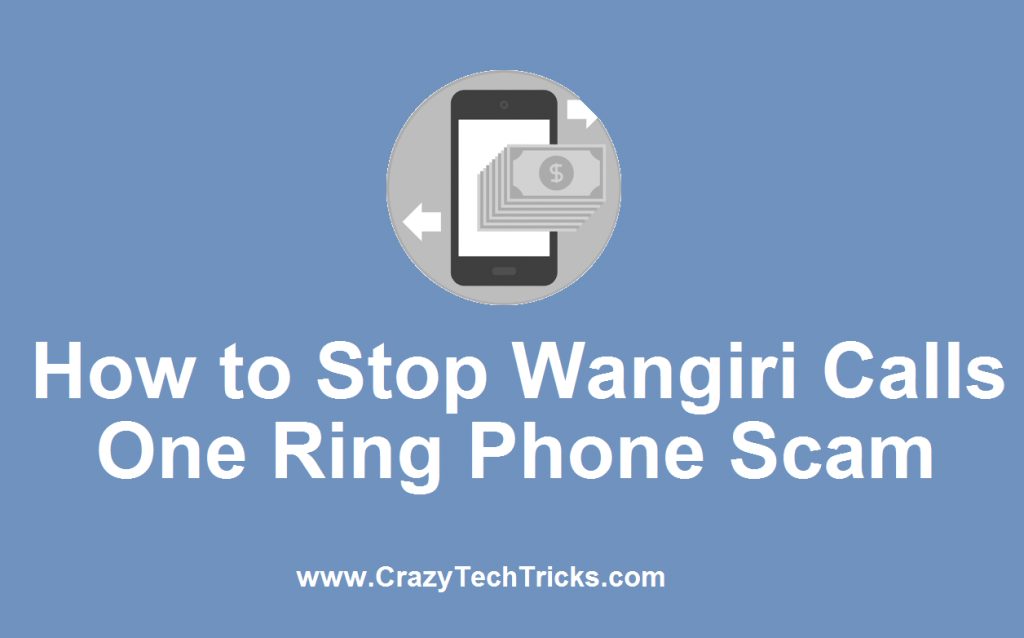 If you have a mobile phone number, then you must have experienced strange national and international numbers calling your phone. There can be consistent missed calls, or they may occur once or twice a day. As are repetitive and these numbers change ever so slightly, consequently making it harder to be blocked. These calls will ring once or twice and then give a missed call. These types of calls are called Wangiri calls.

What is Wangiri Calls

Wangiri (literally, wan(one) and giri(drop)) is a call scam originally generated in Japan. This involved a computer sending a list of phone numbers from a preoccupied dataset. Originated in Japan, it is now a very common type of scam call that happens nearly all over the world where users phone numbers are targeted by automated machines for these scam/frauds. As the name implies, it is a genuine international fraud with victims that are distributed all across the world.

This scam relies on the inherent curiosity of people as many people would instinctively return a missed call on their phone even if it is from an unidentified international number. The success rate of this attack is also dependent on the effect of psychology of the victims. These scams impose that the receiver has won some award which is basically monetary benefit and is encouraged to stay longer on the line to claim the award. While others have their patience tested by getting subjected to listen to hold music again with the goal of holding them longer on the line.

Read more: How to Block WhatsApp Group From Adding Me

When a person calls back on the number, their call is routed to an expensive premium rate number, which has a higher calling price. Then the victim is either talked with and is put on hold or is directly made to wait. This is done to increase the call time for the call which ultimately leads to the scammer making more money.

How to Stop Wangiri Calls – One Ring Phone Scam

The ultimate solution to stop wangiri calls is not to call back on the number of the incoming call. The only way to protect yourself from this particular scam is to hold back from returning calls on these international numbers that you do not recognize. It is reasonable to assume that anyone who urgently wishes to speak to you will have their contact digit saved on your number.

You should contact your phone company and request that they place a limit on the amount of money that can be spent on the subscription plan. If by mistake, you call up a Wangiri number, it will limit the amount of damage and save you from an unusually large phone bill.

Use a contact list to stop all unwanted calls from ringing your phone. These calls however will be forwarded to voicemails or look up as missed calls.

With the iOS 13, you can turn on Silence Unknown Callers to avoid getting calls from people you don’t know. Doing this will block these unwanted unrecognized phone numbers that you have never been in contact with and have not saved their number in the contacts list.

Must Read: How to Block a Number from Calling you

You can download any app from the Apple’s App Store that detects, filters and blocks spam phone calls. After downloading, follow the following process:

If you get occasional unwanted calls, then do this to stop more calls that may come from the same number. On iPhone, select “Phone” then tap the information icon and then choose “Block this Caller”

How to Stop Wangiri calls on Android

On Android, Caller ID and spam protection is typically on by default. You can toggle it on or off.

Carriers such as Verizon, AT&T, and Vodafone provide applications that work on the idea to block a call before it gets through. With this aim, these carrier services some applications for this specific purpose.

The setup is similar for other carriers on the iPhone and Android devices.

With the increase in technology and the efficiency of computers, scammers can target a huge number of people nowadays. Scams like these should be known about and should be prevented. As this article dictates that the main vulnerability of this scam are victims or humans, therefore, one should be educated with this type of fraud and should take some precaution so to avoid being scammed. The process given in the article should be followed to stop Wangiri calls. I will also suggest you all to share this article with your friends and everyone.