Users can watch The Muppet show without cable. I have shared several ways to watch all the episode of The muppet show on your TV or any other device. 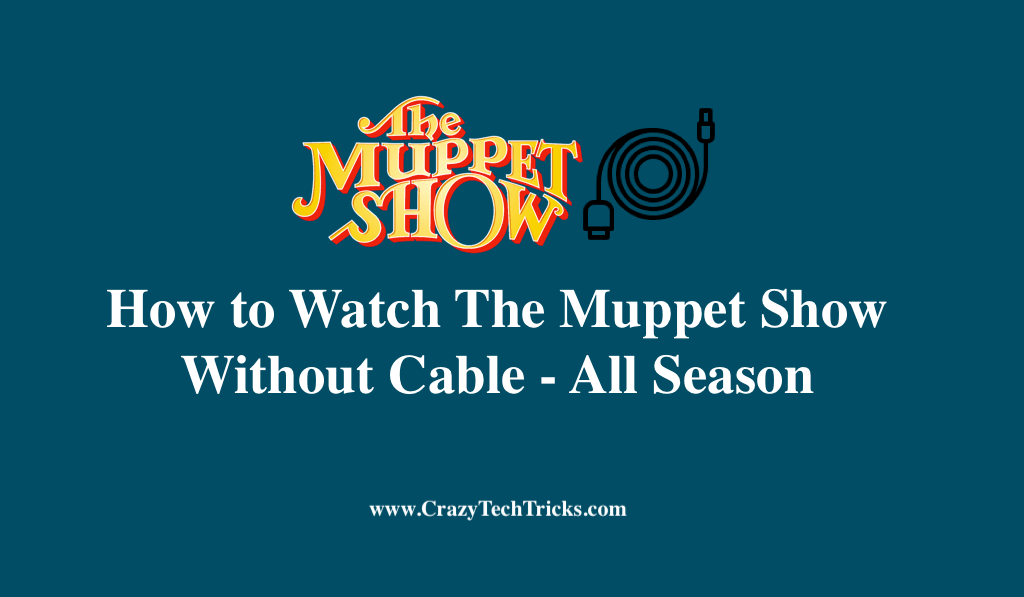 For years, the Muppet Show’s iconic episodes were unavailable for home viewing due to a tangle of licensing concerns. The five-season series that uplifted the legendary muppets into national popularity is now available to watch in its entirely on-demand.

From 1976 through 1981, The Muppet Show showcased Jim Henson’s and his crew of puppeteers’ brilliance, the creative powers behind legendary characters such as Kermit the Frog, Miss Piggy, Fozzie Bear, Gonzo, and many more. The Muppets had previously starred in advertisements, TV specials, and talk programs, but this was their first ongoing star vehicles.

Read more: How to Remove Continue Watching from Netflix

The Muppet Show is presented as a variety of series, featuring a combination of sketches, musical numbers, and backstage shenanigans blending Muppet characters with live-action guests. The series’ visitors include a who’s who of 1960s luminaries, from steve martin and john Cleese to Elton john and Diana rose. To Watch The Muppet Show Without Cable is simple if you follow these instructions.

Watch The Muppet Show Without Cable on DISNEY+

There is a lot of Muppet entertainment on Disney+ since the services debuted in 2019. Disney brought the Muppet franchise in 2004. However, the Muppet Show is the main appeal for many die-hard Muppet fans, and it was initially uncertain whether Disney+ will contain it. Disney+ ($6.99 per month or $ 69.99 per year) offered all five seasons of the Muppet Shows starting on February 18, 2021. This is the first time the full series has been published in any home video format.

Read more: When Does The Office leave Netflix

If you like The Muppet Show and want to see more of the Muppets Disney+ has a plethora of Muppetary to choose from. Additionally, Muppet Treasure Island, The Muppets, The Great Muppet Caper, The Muppet movie, The Muppets Christmas Carol, and Muppets most wanted are available to watch online. There are also several Muppets television shows on Disney+, including The Muppets from 2015, the animated Muppet Babies, and the original Disney+ series Muppets now.

The Muppet show now has the opportunity to introduce Jim Henson’s creative vision to a new generation of viewers, courtesy of Disney+.

Check out the Muppet on ABC’s Officials mobile app

The Muppets: The Complete Series

Amazon, iTunes, and Google Play all sell complete episodes of The Muppets for appropriately three dollars each. The fantastic part about this is that you will be able to view them offline and will not be required to sign up for a subscription. The disadvantage s that you typically have to wait for them to appear on these sites. Between six to twelve months is normal.

In a press statement, Disney plus reminded reporters that the fourth and fifth seasons of the series are on their way. However, you are looking for entire episodes of the Muppets (though not for free!), this may be the ideal answer for those of you who are not interested in subscribing.

Read more: How to Get Disney Plus on my TV

Though it aired just for five seasons between 1976 and 1981, the Muppets show’s popularity cannot be overstated. Muppets, which were originally a group of vaudeville puppets, are now pop culture icons with a billion and one spinoffs – but only now has the original Muppet show been made available to a broader audience through streaming. The show also featured frequently comedy routines and musical acts, in addition to celebrity visits.