iPhone SE full Specifications. The full specification of Mobile phone iPhone SE with price detail in India and world. It has everything latest and budget iPhone. 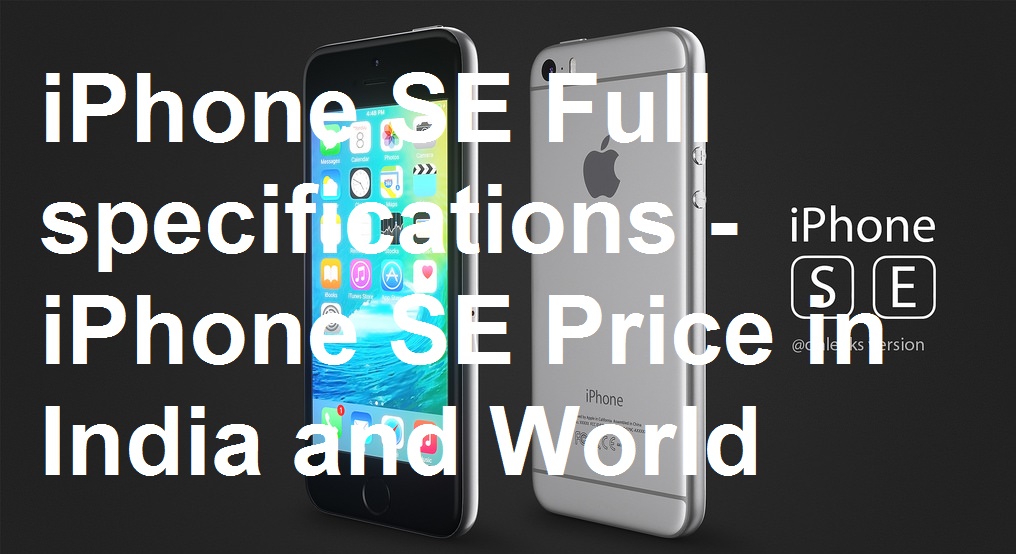 The word Apple iPhone is enough to tell you that you are going to experience an extraordinary version of the technology. We have seen iPhone 4S to iPhone 6S plus, and each phone has come up with some new features in it. This time, it’s the iPhone SE that is out in the market to amaze you again with its function. And here I am with my article to share all the necessary information about this newly launched iPhone.

iPhone SE full specifications. In this article, we will analyze this smartphone from head to toe.

It is priced around $399 in the United States. It will cost Rs 39,000 in India to buy iPhone SE. One more version of iPhone SE will cost around Rs 26,000. But, currently, only this version is available. iPhone is looking to sell this smartphone from March end. It is expected to start selling iPhone SE in April end or May Starting.