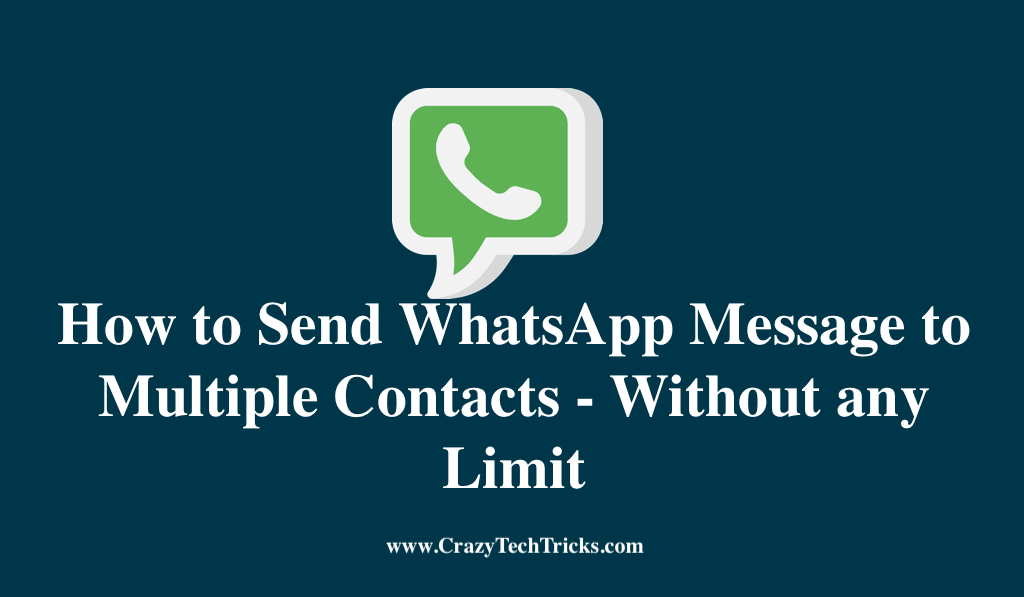 You can easily do the same thing by creating a WhatsApp group and send them to various contacts very quickly. However, WhatsApp now launched a new feature by which the admin of the group can use “only admin send messages” settings to block spam and to stop sending messages by others in the group.

Read more: How to Send Large Video Files on WhatsApp

Creating a broadcast list is very simple. It is similar, as you create a WhatsApp group of several friends or relatives. It is an excellent alternative if you are trying to send the same message to several peoples at once instead of doing the forwarding. The option of creating a broadcast list is mentioned at the short menu which you open when you have to go to setting for changing your beautiful profile photo. A detailed step by step guide is shown in this part of the article.

The broadcast feature allows you to send the same message to several peoples at once individually. There is no restriction or limit on how many broadcast list you can create by your WhatsApp account. But, there is a limit in the number of persons that you can add to a single broadcast list. WhatsApp only allows up to 256 contacts to add them and create a new broadcast list to send the message.

Previously, we were able to forward a message to unlimited persons using the forward option. Luckily, there was no such restriction on sending the same message to a limited amount of persons. But, in August 2018, WhatsApp confirmed that they are rolling out their new version on the App stores which will now restrict the users to forward message up to 20 peoples at a time. It is hard for WhatsApp to take such kind of decision where the market of WhatsApp Messenger is too high and widespread.

But, if we talk about a group in WhatsApp, then it becomes many to many communication systems. Even you guys have noticed that in a group everyone can reply to each other. One thing that you must remember before using WhatsApp broadcast feature is that you must have the contact number on your phonebook whom you want to send a message.

Ever tried: How to Keep WhatsApp Online All the Time

If you were searching for some method to send WhatsApp message to multiple contacts, then I hope this guide may be helped you in that. Because of the WhatsApp forward limit, we can not share the same message to more than 20 peoples. But, we can use the broadcast feature and group feature to do the same on WhatsApp. I hope you have now got the idea to send a WhatsApp message to multiple contacts. You can share this article with your friends and relatives to let them know about the same.