Hello friends, Today I will share a method to get Classic Solitaire for Windows 10. Users can play this game in there Windows PC/laptop. We have shared the official method to get the games and install them on your computer for free. 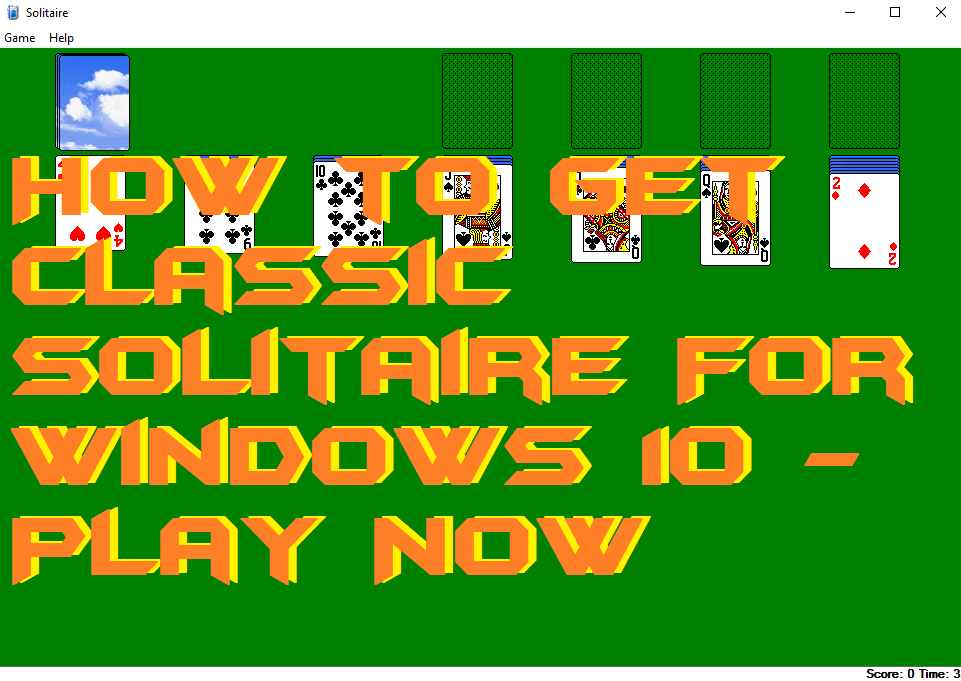 How to Get Classic Solitaire For Windows 10

Read more: How To Watch NFL Games Without Cable TV for FREE

Must Read: How to Build a Gaming Server at Home

We have seen how we can play the old classic Solitaire game on our Windows 10 laptop or computer. Not only that, but we have also seen how we can play the Microsoft Solitaire Collection game as well. It is the official and genuine way if you want to play these old classic games on your PC/laptop. However, I hope you have followed up the methods are now you are playing these games on your PC. If yes, then do share it with other guys who want to play this game on their own Windows 10 PC/laptop.