Hello friends, Today I will share a method on how to fix Windows 10 memory leak. You can use these three ways to release RAM memory and increase the efficiency of your Windows PC/Laptops. I have shared memory leak detection tools for windows. 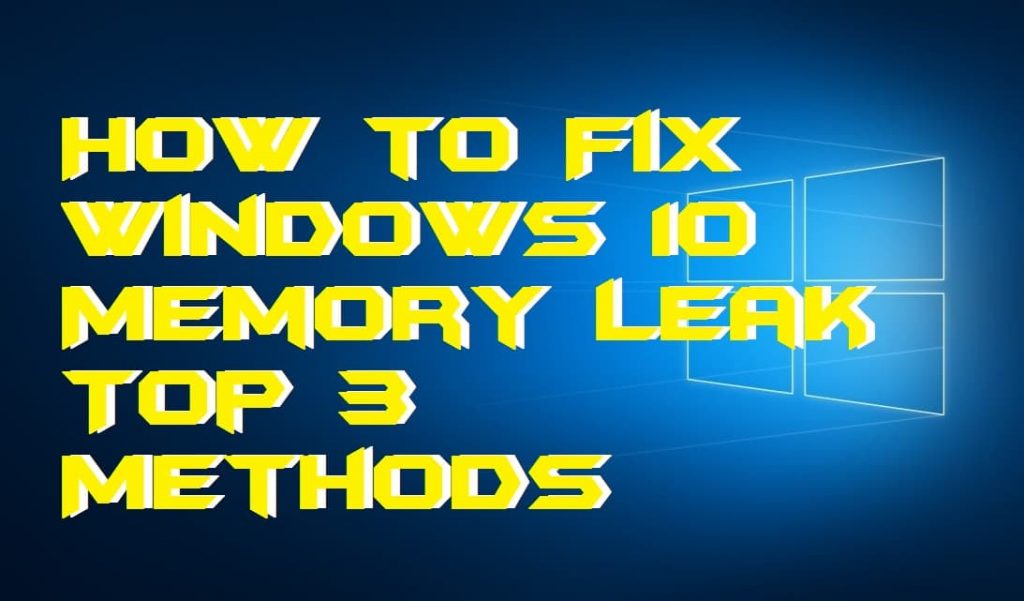 As the name describes the Memory Leak, the word implies that the leakage of the memory on the computer system. Memory Leak in Windows 10 operating system is a kind of misplacement of supply in computer applications or programs due to the inadequate memory allocation. In simple words, the Windows 10 memory leak happens when the RAM does not release the memory which has to be free. Also, a memory leak can be understood by the memory, which is not accessible and cannot be taken in use. Today, we are gonna discuss the top three ways to fix Windows 10 memory leak issue. I have also posted an article about how to remove Microsoft account from Windows 10.

How to Fix Windows 10 Memory Leak

If you are thinking that the RAM of your Windows 10 PC/laptop is taking too much RAM, then you must reboot your PC. Rebooting or restarting the PC or computer will end up every running process on your Windows 10 PC/laptop. Once the PC restarts, then the task will be started running from fresh. Most of the times rebooting device is found to be very helpful. As I said earlier that it is not a kind of huge issue so it might be possible that the Windows 10 memory leak issue will be fixed by the same.

If somehow the first method didn’t work for you then obviously you can go for the second one. The Windows Memory Diagnostic is a preinstalled memory troubleshooting program that will let you go for the in-depth analysis. It scans your Windows 10 PC/laptop for the potential memory issue as well as for the memory leak issue. Because it is a kind of re-installed program that is why you don’t have to get it from anywhere on the internet. The method is described here, and you can follow the steps.

Read more: How to Uninstall Programs in Windows 10 – 100% Working