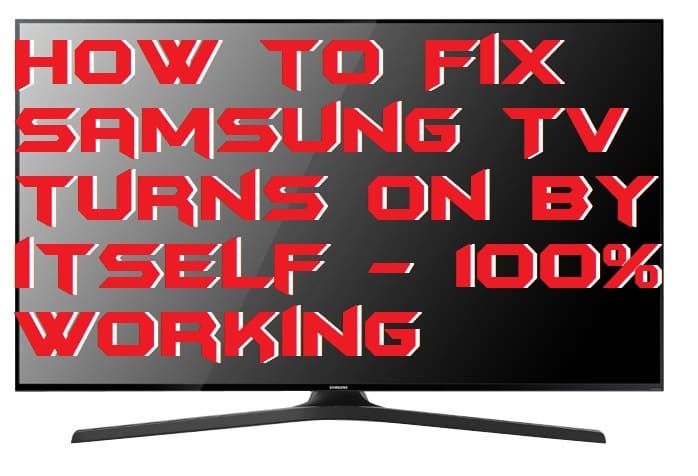 Samsung TV turns off by itself then turns back on repeatedly

How to Fix Samsung TV turns on by itself

If your Samsung TV turns on by itself, then there are two options which you can try. But, besides of it, there are more options also available such as rebooting, restarting, etc. The most comfortable two options that you can try is to plug out the cable of the TV for more than 30 seconds and then plug it in. After that, observe the effects. Last but not least, what you can try is to software update the Samsung TV which you are using. Why? Because sometimes the bugs are fixed in the new software release. However, if it is already updated, then you can restore your Samsung TV.