Users can use exponents in Excel by using these two methods. You can add any mathematical concept or calculation. You can give any power to the number and later use it for total. 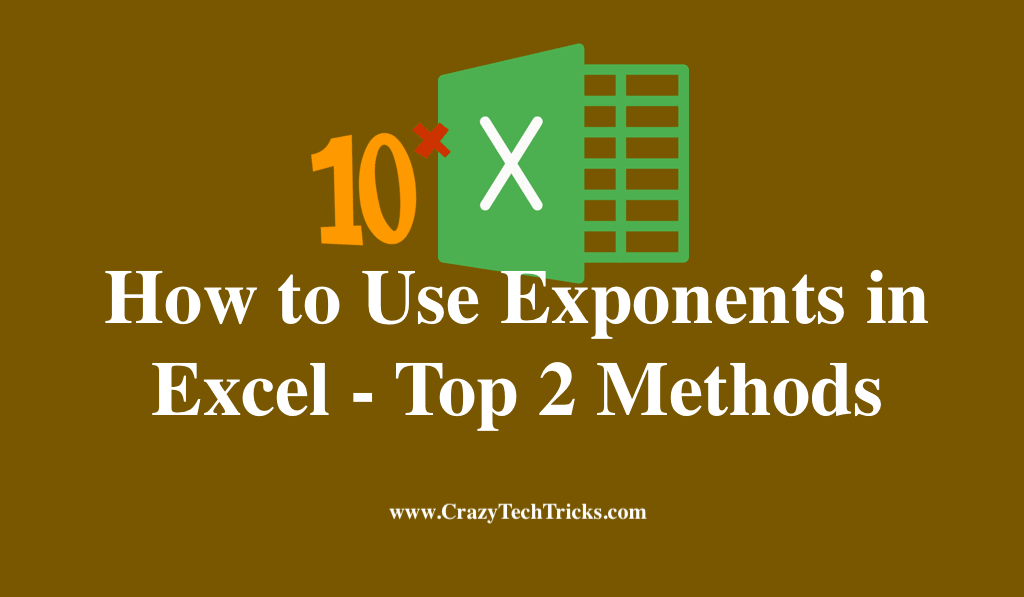 How to Use Exponents in Excel – Top 2 Methods

These two methods are easy to follow and you can use exponents in Excel easily.

When it comes to mathematical concepts, those tiny numeral superscripts called exponents can intimidate even the most earnest student. Exponents in Maths and Exponents in Excel are used for the same function i.e. when you want to multiply a number by itself a given number of times.

Read more: How to Convert Currency in Excel

Excel has numerous mathematical functions from basics to the complex. One of the functions is the POWER function.

To demonstrate how to use POWER function, consider the result of taking five to the power of two, enter POWER(5,2) in a cell on an Excel spreadsheet preceding with “=” if it’s the first entry in a cell. The result should be 25.

For example, if you want to calculate an exponent for the number in cell A1, you could enter POWER (A1, 5). For an absolute reference to cell A1, use a $ sign before a column label in the arguments, such as $A$1. It will not change if the formula is copied or moved. But without the $, the position of the referenced cell will change.

Read more: How to Create a Calendar in Excel

You can use it in the way you use in solving your mathematical equations, similar to this 5^2.

The symbol used to define exponents in an equation is called the CARET sign (^). It is available just above the number 6 in your keyboard.

You can go for the ways as mentioned above of using the Exponents in Excel.

You may get confused with the EXP function in Excel. You may also think that it is another way out for using a function similar to exponents as its name. So let me help you out with your confusion.

It is a logarithmic function, not an exponent function. The EXP function is used to take the power of e, where e is the constant number 2.71828182845904 (the base of the natural algorithm).

Exponents are useful in business, many important calculations, such as growth projections, and if you are keen Microsoft Excel user, you will likely eventually need to use exponents in Excel. I have covered the best two ways to use exponent in Excel. These are simple and easy to implement ways you can try if you ever faced the difficulty regarding the same.