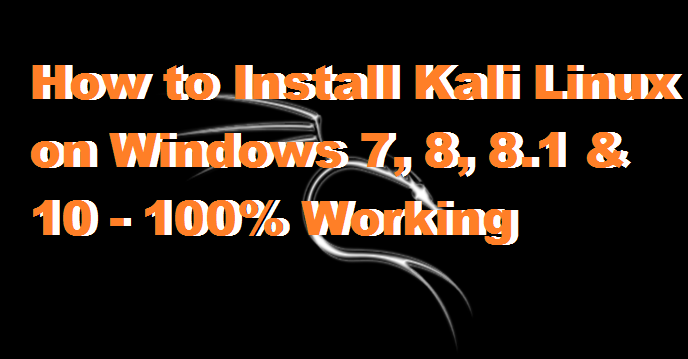 What is Kali Linux used for

Kali Linux is the Debian think tankers gift to the world designed for penetration testing and digital forensics. Offensive Security Limited is funding and maintaining Kali Linux since March’13. Kali Linux is the recycled form of BackTrack which was the former forensics Linux distribution.

Kali Linux coming installed with several penetration-testing programs together with ‘nmap’- a port scanner. John the Ripper (a password cracker), a packet analyzer called Wireshard and with a software suite called Aircrack-ng used for penetration testing of wireless LANs. Users can use Kali Linux directly from any live USB/CD or from hard disk directly as well.

Kali Linux is one of the best-supported platforms of the Metasploit Framework from Metasploit Project. This framework is a good tool for producing and performing security uses. Kali Linux is also distributed among 32 and 64-bit images for using them on hosts based x86 instruction set. Today, several versions of Kali Linux are officially available on the internet. Users can search them and download from the authentic site(s) or official site to get started with Kali Linux.

Read more: How to Install Android 6.0 Marshmallow on your mobile phone

After rebuilding the BackTrack Linux and naming Kali Linux, more than 600 penetration testing tools were included to make it perform better and better. During the rebuild of BackTrack Linux, a great number of tools were eliminated which were not working or duplicated or offer the same functionality. Kali Linux is available free on the official website and it will remain the same throughout. Users will never ever have to pay a single penny to download Kali Linux. With hands-on Kali Linux, users say ‘it is an open-source git tree’.

This is generally because when entire source code goes into Kali Linux, they all are accessible for anyone who wishes to rebuild or tweak packages to meet their specific requirement. Almost forget to say that Kali Linux follows to the FHS (Filesystem Hierarchy Standard) which helps users to find libraries, binaries and supported files etc with ease.

How to Install Kali Linux on PC

When it comes to Kali Linux installation, just some simple clicks and you are all set. Getting Kali Linux downloaded and installed in your personal computer is too easy. At first, you have to navigate to the official site i.e. kali.org. On that page, you’ll see the home page of Kali Linux.Browse the site and click on the top tab written ‘Downloads’ over it. You will be redirected to another page where you can start the downloading of Kali Linux.

How to Install Kali Linux on USB

Download the latest Kali Linux from its official online page. It will be good if you choose to download the file with over 3 GB of size as it comes with some pre-installed tools. After successfully downloading Kali, make your USB bootable by using the downloaded PowerISO software pack. Run the PowerISO as administrator. Once the bootable USB is ready, you can restart the computer and enter into bios menu by pressing appropriate key depending on your computer model. Select the USB boot option from the menu and hit enter to start the Kali Linux installation process into your system.