We will compare and find the difference between 3D Touch vs Haptic Touch vs Long Press. We will analyze all the touch on every aspect. Users can find the best touch for their iPhone and other Smartphone. You will be able to identify the difference between every of the touch. This article will help you to find the best touch you can do on your Touch Screen devices. It will make work easy for you to touch on the devices. 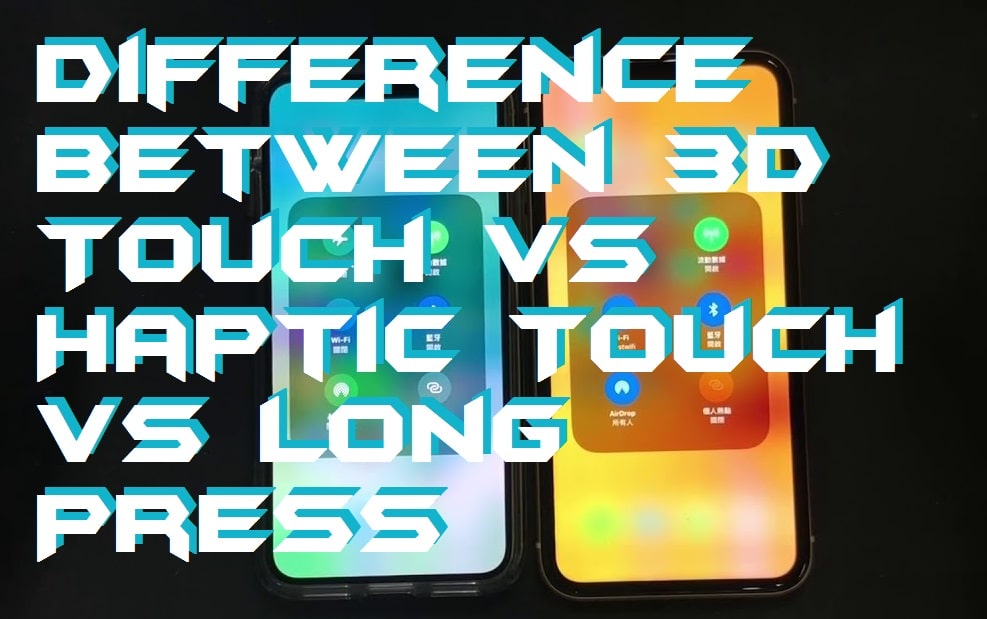 What is 3D Touch?

3D touch is a touch system in which you can find sub menus when you click on an icon on the home screen in a 3D way. This 3D touch is found in Apple products such as iPhone & Macbook. In 3D touch, the screen of the mobile phone contains so much small piece of sensors which detects your fingers on the screen when you tap. At that point, the depth is created in the sensors under the screen. It tells us about how the 3D touch works. However, the 3D touch is different than Haptic touch and Long press.

What is Haptic Touch?

Haptic touch is a touch system which not only does your job by tapping on to the screen. But, also gives you a sensation of the touch. For example, if you touch on the home screen of the Apple iPhone Home button. The, you will notice that you will feel a sensation like you have pressed a button that takes you to the home screen. But, that’s not the real thing. The thing is that there is no button on the Apple iPhone which makes you to the home screen. In other words, the home button is not a button its a touchpad. The same thing is found on Macbook mousepad as well.

Read more: How to Fix Windows 10 Touchpad Scroll Not Working

What is Long Press?

Long press is not a kind of touch system which does anything. Long press is a functionality which allows you to do some specific tasks. You may be noticed that when you tap on an icon on your Apple iPhone for a long time, then all the icons start jiggling to uninstall one. Where if you long press on the Instagram app on a photo than that photo shows you as a popup box. So, this is the working and details of a Long press. However, a Long press is now found in many devices especially in all kind of smartphones.

Difference Between 3D Touch vs Haptic Touch vs Long Press

Now, let’s move on to the difference between 3D touch vs Haptic touch. On Apple iPhone, you have seen that when you click on an icon for a short time like camera, then you will look at some submenus over it. It is what 3D touch is called. If we talk about Haptic touch, then you can find it in the home screen of your iPhone. Haptic touch is generally used to let you feel the sensation of what you have done. Like if you have clicked on the home button of iPhone, then you will feel like a button is clicked. But, it’s not like that. That’s not a button its a pad, i.e., touchpad.

Trending: How to Make iOS 9 Faster on your iPhone, iPad or iPod Touch devices