We will do a complete comparison of Windows 10X vs Windows 10. I will compare them on every aspect like User Interference, Start Menu, Battery life and many more. You can also check the exciting features available in Windows 10X and which make it best as compared to Windows 10. 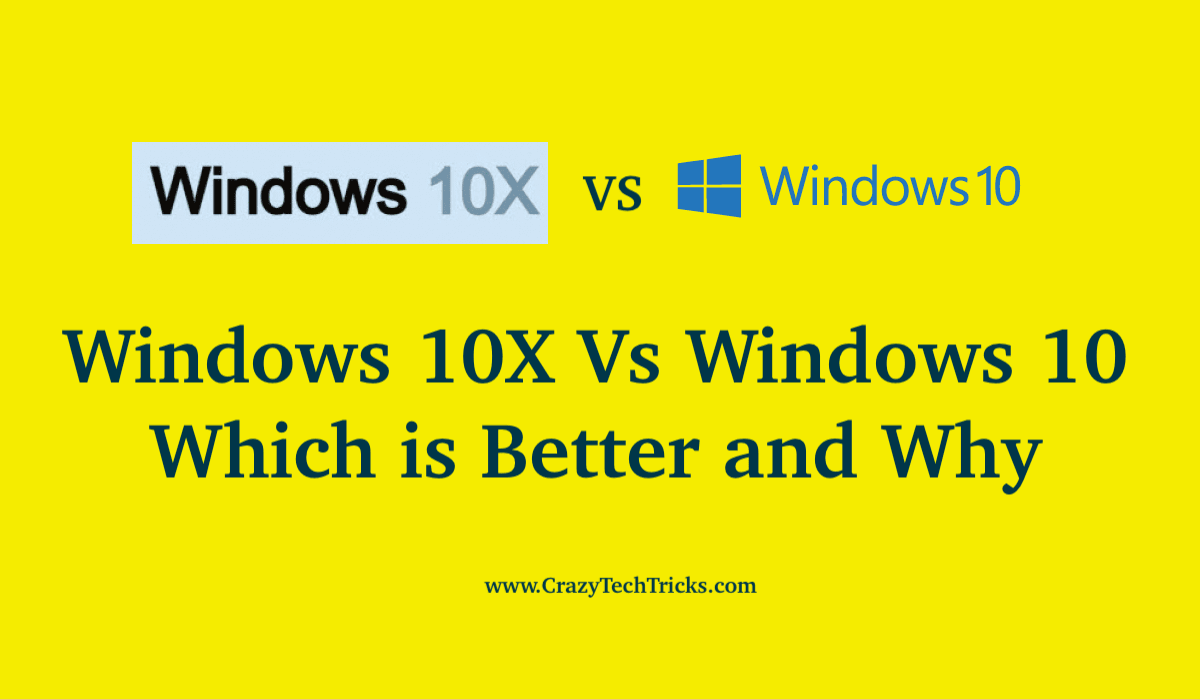 This operating system is said to be launched with the “Surface Neo” device and provides an optimal experience for multi-screen devices. Apart from Windows 10X being a new operating system that will be in the market, comparisons have been made in determining the winner between Windows 10X vs Windows 10.

Read more: What is Windows 10X

The main difference between both the operating system is indefinitely the user interface as the interface is the most evident change that the users will notice. When we look into the construction of the Windows 10 operating system, it is made to support devices such as hand-held tablets and laptops apart from desktop PCs. This made the appearance of taskbar and icons and Start Menu along the screen bottom in Windows 10.

While on the other hand, Windows 10X, will be focusing on providing a more touch-based experience through the Surface Neo and further device. According to the leaks and launches, Microsoft will be working on a system that will allow users to pull up the taskbar. These are possibly some inspiration from the Apple iPad that Microsoft will be incorporating in future devices.

Must Read: Different Between Google Duo vs FaceTime

Another slight change will be made in the drag and drop action of application on the Windows10X. Apart from this, the prominent difference that the users will be noticing is the optimization of default applications such as Settings and File Explorer for the touch-driven experience.

The main difference between Windows 10 and Windows 10X is the fact that there are a lot of changes in the interfaces that lead to changes in Start Menu. The Start Menu of Windows 10 is present in the bottom left of the screen. On the other hand, the Start Menu button in Windows 10X will be present on the left side screen on the multiple or dual-screen devices. Start Menu will also be used as a search bar at the top and as a launcher.

Read more: How to Scan a Document in Windows 10

Windows 10 is blamed for having slow and heavy software updates taking a lot of time and thus provide inconvenience to the users. This problem is being worked upon in the new operating system Windows 10X through the involvement of new technology. Microsoft is claiming that the installation of a new system update will take less than two minutes for the whole process of installation and reboot.

Windows 10X has applications working on the technology of containers that will be working on improving the battery life of the device. This is supposed to bring better battery life performance to the device even if it is running dual screens.

If you will be making the change from a single screen working space to a dual-screen, Windows 10X is an optimal solution. Yet, there is a slight learning curve with Windows 10X as there is a transition to the heavy usage of touch-based interaction between the user and the device. Moreover, there is no expectation of buying and external license of Windows 10X as it is supposed to be sold with the device only.

Must Read: How to Keep Windows 10 Taskbar Always on Top

Finally, if you are committed to make a change and enjoy you learning curve of the new dual-screen devices and operating system, then Windows 10X is the choice. Otherwise, conventional Windows 10 would be always and option.