Check this complete details on What is Windows 10X, what are the features and why it is different than other Windows. We will analyze every unique feature of Microsoft’s latest Windows which is Windows 10X. You can check the advantages of Windows 10X on your PC/Laptop. 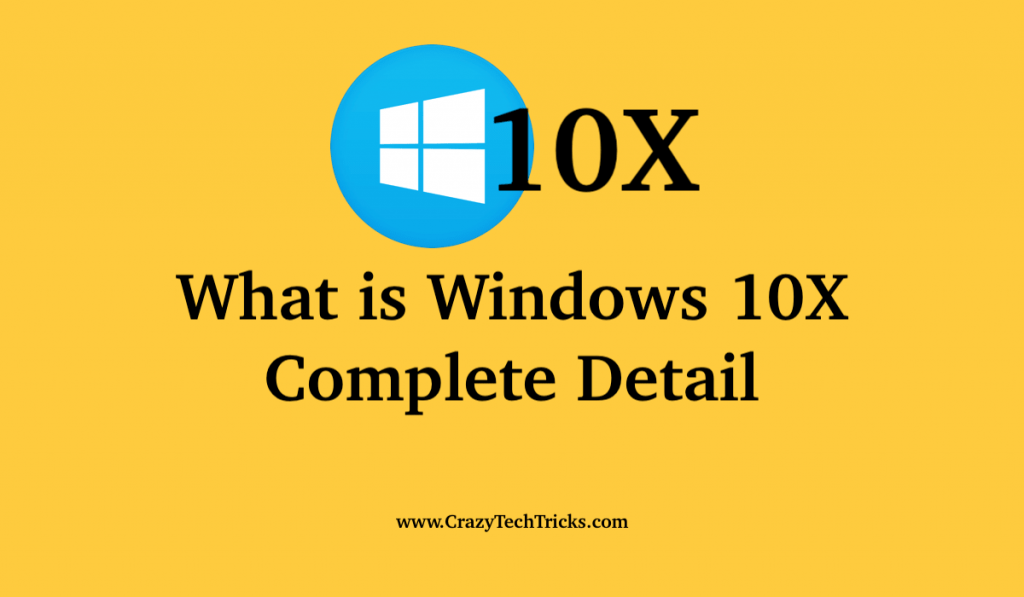 Read more: How to Enable Password Expiration Date in Windows 10

What is Windows 10X?

Must Read: How to Cancel LinkedIn Premium on Windows PC

Windows 10 came with the addition of different modes such as “Desktop” and “Tablet” mode. The idea behind the Windows 10X is to bring exclusivity within the different screens and modes.

What is Windows 10X based on?

Must Read: How to Install and Use iCloud on Windows

What is Windows 10X work structure?

Windows 10X uses containers to compartmentalize the Windows operating system. This functionality will provide a safe to run environment that is stable and provides efficient work. It makes sure that there is no software crashes when a software is interacting with the operating system.
In Windows 10X, the “Win32” container is a much simpler shell of Win32. It allows for greater security for the system as the autoplay and startup tasks are blocked at the startup time.

What is the use of Windows 10X

To optimize Windows 10X, Microsoft has removed the live tiles from it. Microsoft has introduced a new start menu which much simplified than Windows 10 and has icon-based apps and web launchers.

What is Windows 10X features?

The features of the upcoming Windows 10X are not confirmed yet, but we have some information from the Windows event that can be informative.

Microsoft is one of the most prominent software developing companies in the past 30 year. Known for its operating system line Windows, Microsoft has expanded its domain into different technologies and devices. Window 10X is the latest addition to the Windows line up of the operating system. Focused on the dual display and folding personal computers.