Hello friends, Today I will tell you a method to Download and install Windows on a Mac. Users can use Windows 8.1 or 10 in their MacOS. You can use both MacOS and Windows OS on the Mac. Users can even delete the Windows from their Mac. So Reboot your Mac OS with Windows. 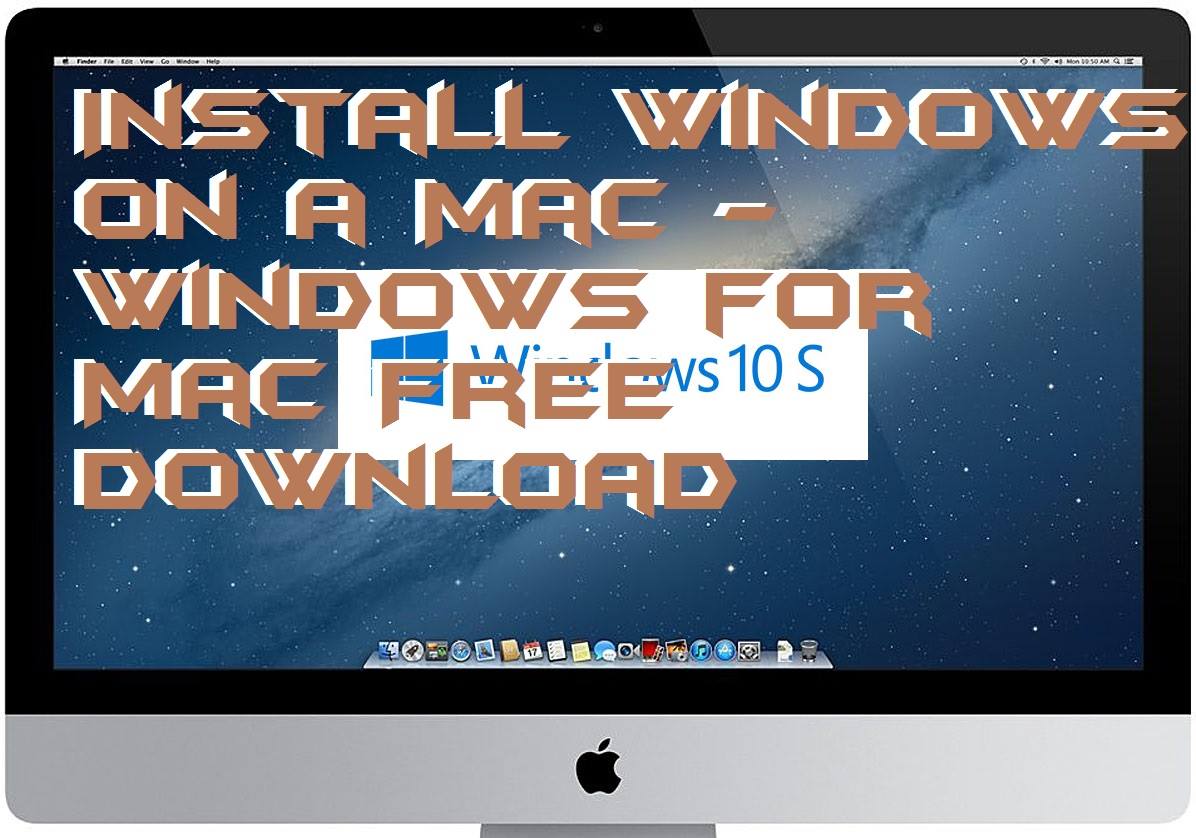 It is hard to believe but you can install Windows on a Mac. Apple comes with an inbuilt feature of Boot Camp that makes dual booting Windows on Mac possible. You can use either Windows or MacOS at a time but with full configuration. If you are well versed in what Boot Camp is and how it works, you can use it for this process. You need to partition your drive when you will be installing Windows on your Mac. Installing Windows turns out to be a lot faster than the virtual machine that you choose to run particular Windows applications.

Read more: How to Wipe a Mac to Factory Settings without CD

You can use Windows 10 on Mac that was out in 2012 and later years. Macs after 2010-16 support Windows 8.1 very well. Windows 7 is supported by Macs that were released in 2014 and before. The Enterprise versions of Windows cannot be installed on a Mac. Mac supports 64-bit only. You need a USB drive of size 16GB at least for installing Windows7. For Windows 8.1 & 10, you just need the ISO file of the installer. You will have to upgrade Windows 8 to 8.1 version. The steps below are given to install Windows 8.1 & 10. For Windows 7, the order changes a bit.

Read more: How to Mirror Android Screen on PC over WiFi

Hurray! You’ve installed and booted into Windows on a Mac. If you want to boot into Windows by default, open Boot Control Panel in Windows. Click on the Up arrow on the taskbar to open the panel. You can choose the default OS that your Mac boots into from here.

Read more: How to Convert GIF to Video

Backup your files, as it deletes all the data present on Windows partitions.

You can even use Parallels to run Windows on your Mac. Parallel Toolbox works faster than any Virtualbox. You can run any Windows applications without rebooting or installing Windows. Command key on Mac is Windows key and Option key is Alt key for Windows. For installing Windows 7, Boot Camp first sets up the installer USB disk and then the partitioning process. I hope this article was useful. Drop comments if you have any doubts, I will guide you and don’t forget to share this article!