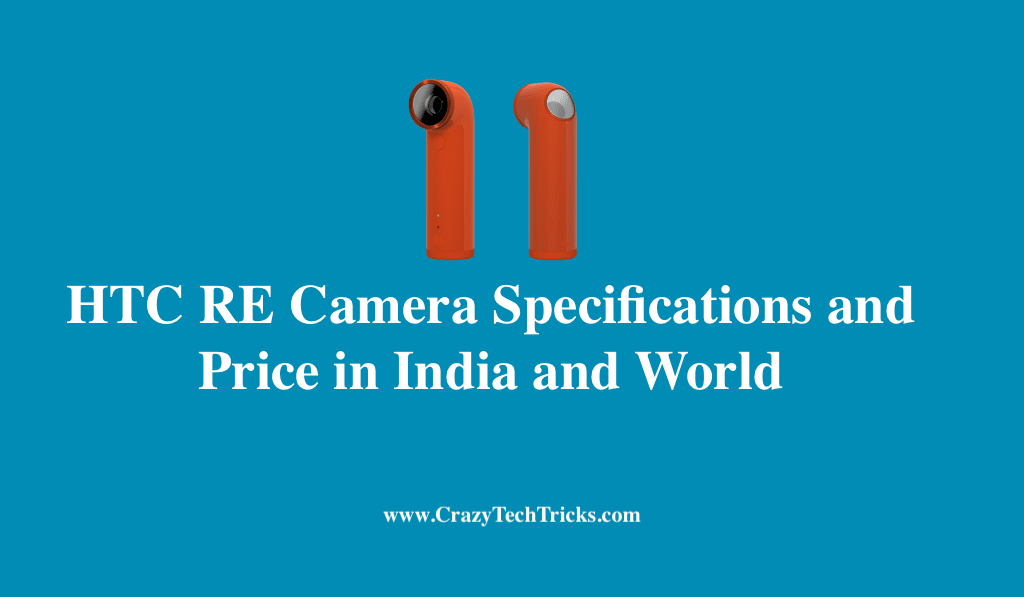 HTC RE Camera Specifications and Price in India

The HTC RE is a camera which is introduced by HTC Company in 2014. It is also able to connect with smartphones through a separate application. It works on both the operating system whether it’s Android or iOS. Its major job is to capture your all precious moments not just an image. This is a really very cool gadget which you must try. It has some disadvantages too which we will get to know below. Before knowing the disadvantages let us check its specifications.

Read more: Never judge a smartphone on its camera pixels

The major disadvantages are no screen. Yes! No screen which means users don’t know what they are recording. To check they always need another device and synchronize it to keep checking the moments you are creating.

HTC RE camera was made by the company for a travel photographer. It has the capability to click images in every environment. Users can connect their HTC RE camera to any Android or iOS device. These devices allow the user to share the image worldwide. So are you looking to buy HTC RE Camera? Do you suggest other to buy HTC RE camera? Do share with us in comments below and don’t forget to share this article with your friends.