Hello friends, Today I will share two methods on how to Record Gameplay on PS4. Users can record the complete gameplay and record their entire game. I have also shared a method that will help you to stream your PS4 game anywhere on the internet. 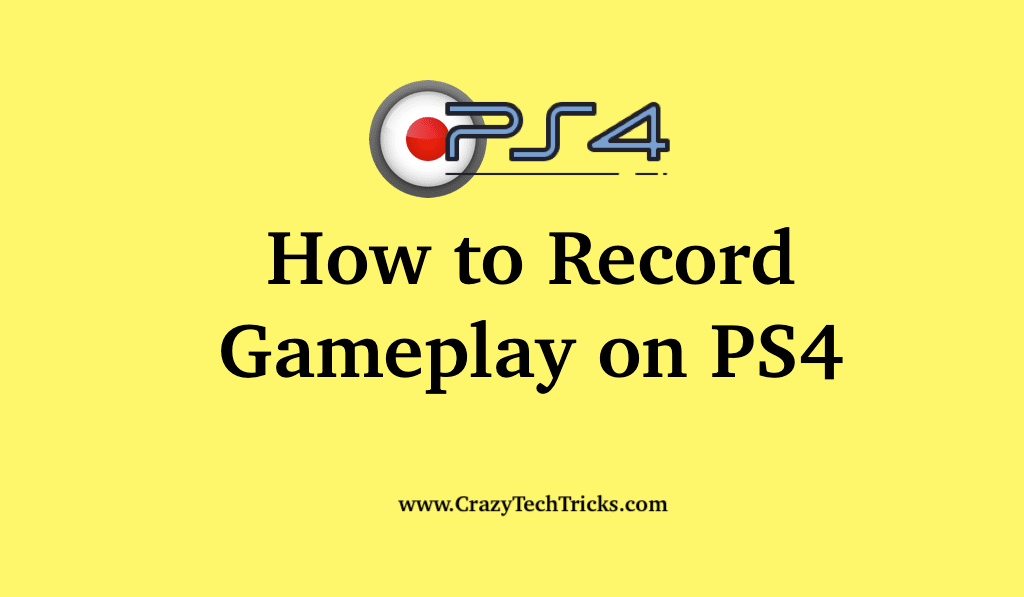 The PlayStation 4 or the PS4 is a gaming console made by the Sony Interactive Entertainment. PS4 console was launched back in the year of 1994 and has improved over the years to PS4.mainly used for gaming, but you can also stream media through it. Since the streaming industry, including Twitch, YouTube, and Mixer has an increase in popularity, streaming through PS4 has also been made relevant. You can record gameplay on PS4 and then share it, or you can stream through PS4.

How to Record Gameplay on PS4

Read here: How to Fix PlayStation Network Sign in Failed

How to Record Gameplay on PS4 without Capture Card

This section will tell you how to record gameplay on PS4 without the use of Capture Card. What PS4 does is that it records the last 15 minutes of the gameplay in the background of whatever game that you may be playing. And by default, the time for recording has been set to 15 minutes that you can change by going through the settings. The recorded gameplay is stored in the cache memory, and you can save the recording if you want.

Now, to record the gameplay that are longer than the duration of 15 minutes, you need to follow the method that is given below. Moreover, it will tell you how you can set up microphone settings and manual recording feature to record gameplay on PS4.

Now, the process of changing the length of the video is done. You can configure the microphone settings such that you can record the audio commentary if you want them in your videos.

Now, you already know that PS4 records the gameplay in the background. So, to access and save the gameplay, you press on the “Share” button and then in the Capture Gallery, select the option of “Save Video Clip.” Or, you can manually set up the recording.

Now, that you have saved your gameplay, you can use the Capture Gallery to edit your recorded gameplay. You can trim and share your gameplay on different platforms such as YouTube, Twitch, etc.

This section covered how you can record gameplay on PS4 without the use of a Capture Card and also told you how you could set up a microphone for recording, manual recording, and how you can use the Capture Gallery to trim your recorded gameplay.

How to Record Gameplay on PS4 through PS4 Screen Recorder

The process to record using the capture card is pretty simple as it involves the use of external software and thus, you can use it record gameplay on PS4. Another software that can be used in replacement to the FonePaw Screen recorder is the XSplit.

Read more: How to Record Gameplay on PC for FREE

How to Record Gameplay on PS4 using OBS on PC

OBS or the Open Broadcasting Software is one of the most prominent and most used streaming and recording software that is used nowadays. Along with the OBS, we would be using the PS4 Remote Play software. So follow the steps that are given below to record gameplay on PS4 using OBS.

The PS4 remote Play shows whatever has been playing on the console. So consider that you have been playing a game on your Play Station, that screen will be reflected on the Remote Play and will be recorded by the OBS on the PC.

Must Read: How to Screen Record on Android

Streaming games for entertainment has become streamlined nowadays. Streaming has become a trend, and some platforms allow streaming from different devices and platforms. This article guides you through the process of recording gameplay on PS4 using different methods.