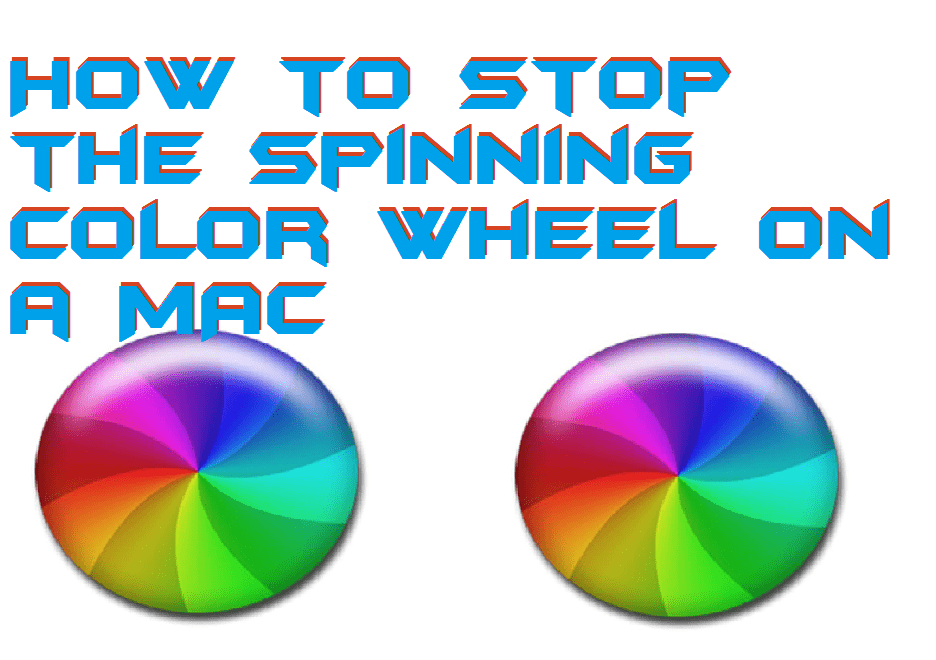 Sometimes it happens with us that the rainbow-colored circle on the Mac screen become our worst nightmare ever. But, if we are lucky, then it gets disappear within seconds. Where in the worst case, it does not go automatically. Most of the MAC users don’t know about how to stop the Spinning Color Wheel on a MAC. That is why they feel frustrated in that situation. But, trust me, there is a way to solve this issue very quickly.

What is the Spinning Color Wheel?

Read more: How to Add Contacts on MacOS

How to Stop the Spinning Color Wheel on a MAC

If you want to learn how to stop the Spinning Color Wheel on a MAC then definitely it is the perfect place for you. There can be infinite ways that why the spinning wheel did appear on your Mac screen. Some encountered reasons can be faulty hardware, insufficient RAM, stand-alone issue, and many more. You guys will shock by listening that some of the Mac users need to purchase a new Mac because of this nominal issue. So, yes it is a kind of tiny issue, but it can also become a significant issue as well. Let’s have a look at the method to fix it.

Read more: How to Use Dark Mode in MacOS Mojave

As I said earlier if the MAC rainbow wheel won’t stop spinning then it is a big issue for you. If you have tried the method which is told in the earlier section of the article then definitely it is a big issue for you. The last thing what you can do to solve it is that take it to the Apple Service Center where the Apple Customer Care team will help you with that. Do not do anything else otherwise anything wrong can happen and the responsible person for that will be you and you only.