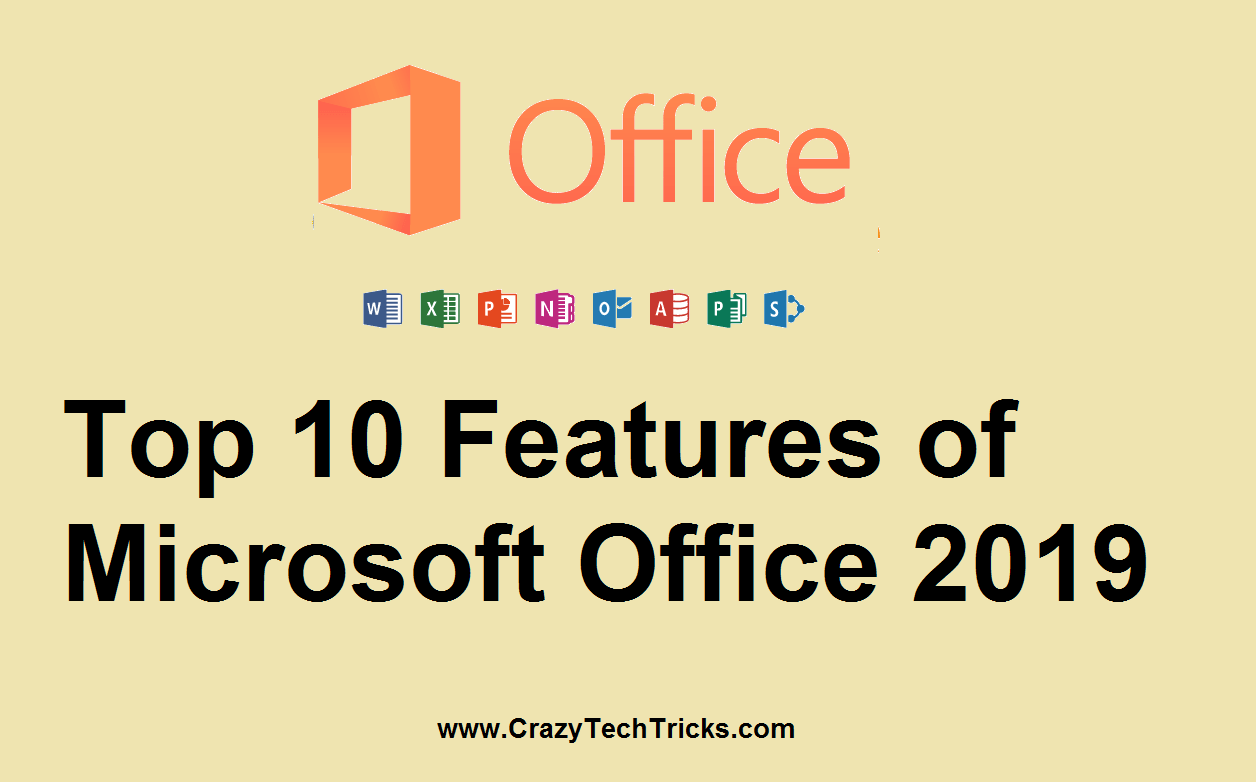 That is why I have listed only those top 10 features of Microsoft Office 2019 which you are using from the beginning. As we all know that there are more features besides of it so you can check it out from Microsoft’s website officially. Without taking more time, I would like to start the list by showing the features one by one.

Read more: How to Make a Spreadsheet in Microsoft Word

Read more: How to Add Watermark in PowerPoint

If you are an employee, student, teacher, and use PowerPoint for the presentation, then let me tell you that Microsoft had done an excellent job for you guys. Microsoft says that you can make animations, transitions as well as to object movements in your slides on the PowerPoint application using Morph. You can say that creating animations in PowerPoint has become now more comfortable and pretty good.

In Microsoft Office 2019, users are going to get a fantastic option that they can use a Bluetooth pen to run a slideshow. A digital pen can be easily used to run slides from the PowerPoint application. The thing which the user should remember is to connect the digital pen and laptop or pc via Bluetooth to run slides.

Microsoft has introduced new functions in Excel application in the upcoming version of Microsoft Office. In the Excel program, you are going to get new functions like TEXTJOIN, CONCAT, IFS, and more. There are more functions listed on the Microsoft website, which you can explore one by one if you would like to.

Read more: How to Make a Fillable Form in PDF

Giving highlighter option for the users is the best move to attract more customers towards Microsoft Office 2019 version. A user can highlight its presentation, whether it’s on Word, PowerPoint, or Excel application. Microsoft made inking very simple in the form of highlighter. Just use the draw tab and write or add shape to your document. This option can also be done using a digital pen as well.

Read more: How to Recover Outlook Password on Windows

Read more: How to Convert PDF files to Word Online

Trending: How to Fix Outlook not Receiving Emails Automatically