Hello friends, Today I will tell you a method on how to sync Fitbit with iPhone. Users can connect iPhone with their Fitbit. I will also share a way on how to fix Fitbit not synced with iPhone. You can fix adjust all the error and connect your Fitness device with your iPhone 6, 7, 8 and X. You can synchronize your iPhone with Fitbit Fitness tracker and get all your data directly on your iOS device. 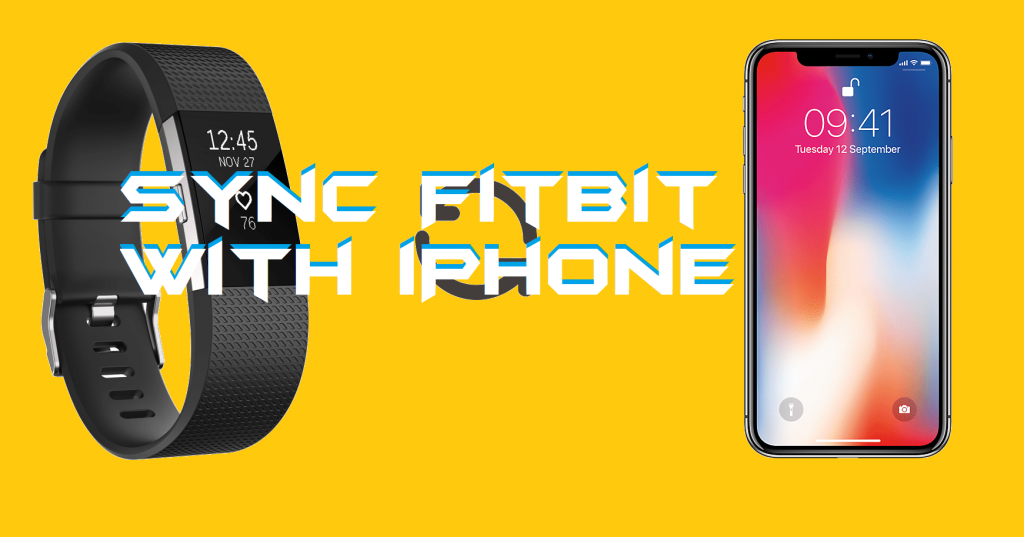 Have you got yourself a brand new Fitbit and wanted to sync Fitbit with iPhone? Here is the full tutorial. No doubt that Fitbit is a great device to measure your health as a wear device. Also, it is not much costly as compared to other fitness brands such as Apple. Not only this but it also provides an accurate measure, soft to wear, and efficient at less price. That is why many of us purchase it. But, what if you don’t know how to sync Fitbit with iPhone? Yes, the article is all about the same. Move on to the other sections of the article for more knowledge.

Before you start learning about how to sync Fitbit with iPhone, it is essential that you must have a Fitbit account for that. Without having a Fitbit account, you can not sync or even use the Fitbit product trouble free. This section will show you how you have to create an account for the Fitbit device though you can use it. I have explained the whole procedure which will take you to the creation of an account for Fitbit product. You can even contact Fitbit customer service directly.

How to Sync Fitbit with iPhone

After the successful creation of a Fitbit account this it the time when you gain the knowledge of how to sync Fitbit with iPhone. So that you can implement it on your Fitbit and iPhone to use it. In this section, I have told you that what steps you have to follow to sync Fitbit with iPhone. There is no restriction that you can not use these steps when you are on different iPhone model such as iPhone 6, 7, 10, etc. This guide applies to all iPhone models and iOS versions. You can even setup Fitbit for Windows 10.

How to Fix Fitbit Not Synced with iPhone

Once you have created a Fitbit account and followed the above procedure to sync Fitbit with iPhone but you get failed. Then, what should you do? Where is the fault? If I tell you in some words, then there is a fortunate chance that you have missed out something while syncing Fitbit with iPhone. So, the question arises here is what should you do to fix it and sync Fitbit with iPhone successfully. Well, in this section I have listed some common mistakes that may be done by you so have a look at it and fix it after that try again. Read this comparison on Apple watch vs Fitbit.