Hello friends, Today I will tell you 5 different softwares for twitter bot detection tool. Users can detect any fake twitter account and remove it from following. This method will work both online and offline, and you can block fake twiiter accounts. 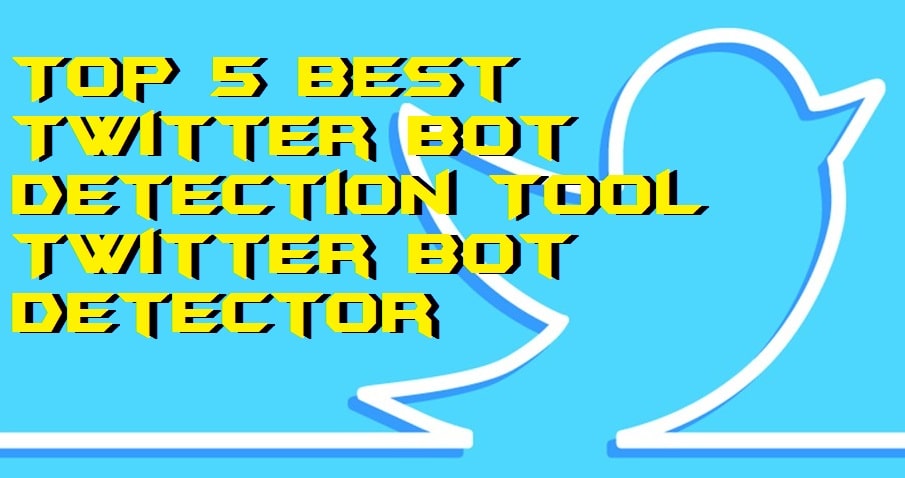 Today we will be discussing twitter bot detection tool. If you are a Twitter user, then you might be interacting, tweeting, following, unfollowing people every day. There are many benefits to having a twitter account. As many people get into a brawl or an argument with other users while tweeting. Unfortunately, most of them don’t know whether they are interacting with a genuine tweeter user or a robot. Most of the people use twitter bot app to do an auto-tweet to their followers and other Twitter users.

Twitter bot accounts use Twitter bot which is a software that uses Twitter API to control the accounts. This software does whatever a normal user does. But after a particular time limit like tweeting, re-tweeting, liking, following, sending direct messages. However, this software also has some rules and regulations. Which takes care of other users privacy and spams. So today, I will enlist some twitter bot detection tool that will help you to detect who is using the Twitter account.

You need to take care of the following things.

To recapitulate, I can say that since these APIs use score method to detect bot accounts. There is still 1% possibility that account could not be a bot. But it is detected to be a bot account and vice versa. That is why I have also explained a manual method to do so. There may be other twitter bot detection tool to check the bot accounts. But we strongly recommend you to use only these services. Because of the sake of your privacy. Because we have fully tested them and put them on the list. Always feel free to ask any question.