So Today We will talk about ‘How Long does it take to learn Python‘. I will also share a quick and best way to learn the language Python. If you want to make your career in coding. Then this Python is perfect for your future. You can learn Python very quickly. 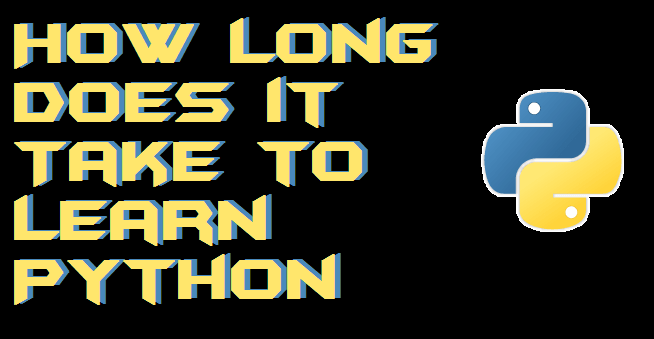 What is Python Programming Langauge?

Why Should I Learn Python?

Learning python will lead you to a big company like Facebook, WhatsApp, Google, YouTube, even more. These big companies require a best and experienced programmer who knows python very well. So that they can take the help of that programmer in data structures and algorithms. Big companies pay a python programmer more than $70-80 thousands per year.

Read more: How to Find a Song by Humming – What’s the Name of this Song [Top 5 Methods]

What is the Significance of Python in the World?

If you are asking me about how long does it take to learn Python? Then I will answer you that it depends on you. If you are very passionate about learning python programming language, then you will learn python very quickly. But, if you are just learning python to make some money from it then sorry. Because in that case, it will become tough for you to learn python.

Learning python doesn’t take much time. But to become perfect in python takes a lot of time. If you are a newbie and want to learn Python. Then it will take 2 months to 3 months. In this tenure, you will only learn the basics of Python. To become an expert in Python, you need to keep working on projects. More the number of projects you do, the more you learn.

To learn Python quickly, I will suggest you visit the official website of Python.org. You can download, learn the python in a much better way. There is also a dedicated sector for Python for beginners.

What I am trying to say is that the passion is very important whenever you are going to learn a new programming language. However, if you know some basics of python and you are interested in it. Then it will be very easy for you to understand as well as learn it. Where if you are new to the programming world then python is a good choice but make sure you have the passion for learning it then you will learn it very quickly.

Read more: How to Delete Music from iTunes – Top 2 Methods

Last Words on How Long Does it Take to Learn Python

From this article, now you have got the answer to your question that was “how long does it take to learn Python?“. Python is now everywhere in the world, and if you know it very well, then it will make your life awesome. I would like to suggest to you that learning python it’s a great choice. I hope from now onwards you will learn python passionately so that you will become a great programmer of python. Make sure you share this article with your friends also and tell them about how long does it take to learn Python as similar to you.

Trending: How to Search For a Word on a PDF Without any Software